“The Ultimate Game Of Chance” is back for the most intense season yet.

Are YOU brave enough to play Heads Or Tails and put your fate in the the hands of the B-Team?

Each week, we’ll pick one person each week to come down to the Edge studios and flip a coin for their chance to win some amazing prizes or endure an outrageous challenge.

If you think you’ve got what it takes, sign up below now! 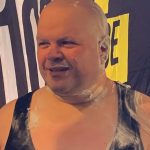 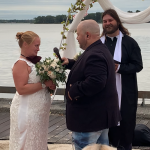 Week 2 and Erin flipped HEADS! Which means while she’s enjoying a dream honeymoon in Niagara Falls, Jay Brody got married to Krista 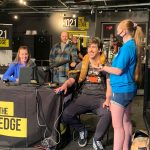 This week, Jeff flipped TAILS which meant that he lost out on $2,000 and had to take a lie detector test with a boa constrictor! 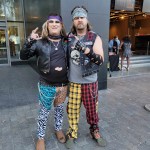 Lenny flipped TAILS and got a glam-rock makeover by the fabulous Carmen Del Rae and had to perform as our Rush Hour Rock Star in the streets of Toronto. 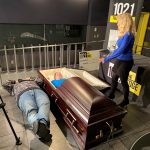 This week, Helena flipped TAILS and had to spend 24 hours in a casket while listening to “Wake me Up When September Ends” on repeat. 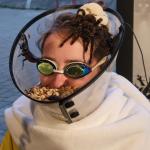 Natasha flipped TAILS and had to face her fear of creepy crawlers as they were placed in a clear container on her head! 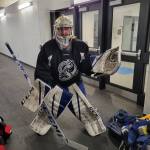 Brian flipped HEADS and won $2,000 cash!  Which meant Chris Z got suited up in goalie equipment and was target practice for the OHL’s Mississauga Steelheads. 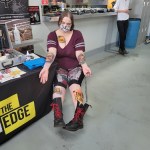 ** CONTEST RULES UPDATED AS OF OCTOBER 5, 2021 ** NO PURCHASE NECESSARY. LIMIT ONE (1) ENTRY PER PERSON PER CONTEST PERIOD. UP TO EIGHT (8) PRIZES AVAILABLE TO BE WON. APPROXIMATE RETAIL VALUE OF EACH PRIZE RANGES IN VALUE FROM CDN$1,000 TO CDN$2,000. MUST BE CANADIAN CITIZEN AND WHO IS AGE OF MAJORITY OR OLDER AT TIME OF ENTRY. EXCLUDES QUEBEC RESIDENTS. CONTEST RUNS FROM SEPTEMBER 7, 2021 TO OCTOBER 27, 2021. SKILL TESTING QUESTION MUST BE CORRECTLY ANSWERED TO CLAIM PRIZE. ODDS OF BEING SELECTED DEPEND ON NUMBER OF ELIGIBLE ENTRIES RECEIVED AND ULTIMATE OUTCOME OF THE COIN FLIP. FOR FULL SET OF RULES CLICK HERE!