1 in 8 Canadians are undecided about the election. Here's what they have to say

Voters have less than two weeks to make up their minds in this year’s federal election, and a significant number of Canadians say they’re still undecided.

A new Ipsos poll conducted exclusively for Global News found 13 per cent of those surveyed don’t know who they’ll be voting for on Sept. 20. The results show nearly half of these voters — 47 per cent — don’t like any of the parties, while 50 per cent say there shouldn’t be an election right now amid the COVID-19 pandemic.

Sean Simpson, vice president of Ipsos Public Affairs, says the biggest hurdle the parties face with these undecided voters will be to convince them to vote at all.

“Many undecided voters are nonvoters in disguise, and I think many of them are looking for an excuse not to vote,” he said.

“In a close race like this one … every vote counts, and I think we’ll see the leaders spending a lot of time trying to court the undecided voters, because even just a couple of points in their direction is going to play out favourably on election night.”

The poll, which surveyed over 6,500 Canadians online and over the phone during the first three weeks of the campaign, also found health care and the pandemic are top of mind for undecided voters, followed by affordability and the cost of living. Yet 78 per cent said they don’t know which party has the best plan for Canada’s post-pandemic future, believing they’re all the same.

“Voters will be looking for the leaders to outline their plans and perhaps could be swayed one way or the other through their COVID-19 plans,” Simpson said.

With time running out in the campaign, Global News spoke to some of these voters about why they remain undecided, what could help them make a choice, and what’s important to them.

Answers have been lightly edited and condensed for clarity. 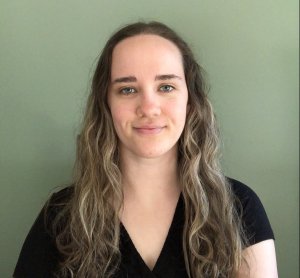 What is preventing you from making a choice right now?

“I think I need to be a bit more educated on all of the different parties’ platforms. It’s something important that you really need to consider and go through all your options. It’s not a decision to be taken lightly, and I want to make sure that I’m making the right one for me.”

Have any of the parties given you pause from leaning in their direction?

“Almost all of them.

“With the Conservatives, they recently had the vote on banning … conversion therapy. And a lot of the Conservatives said let’s keep it. And that doesn’t accord with my personal beliefs. I think that just really, to me, puts a stain on their party.

“With the Liberals, I don’t agree that they called this election so soon. They’re only halfway through their four- to five-year rule, so to speak. And just, why now? What’s the point? Everything was going pretty fine before.

“The Green Party, I don’t really know what’s going on with Annamie Paul and the lawsuits that are going back and forth between the party and her.”

Is there any direction that you are leaning towards at this point, or is it still up in the air?

“It’s still up in the air. I’m definitely going to watch the leaders’ debate and see if anyone calls out to me as a party that I would support. But honestly, I’ve even been contemplating spoiling my ballot because there are faults that I find with each of the parties that are significant enough to not make me want to vote for them.”

Is there anything that you are hoping to see from any of the parties?

Why are you undecided on who to vote for?

“Mostly I haven’t really followed the election at all this year and I’m going to do it closer to the election and see what’s actually going on.”

Is there anything that you have heard so far that is giving you pause or making you think one way or the other?

“Well, I mean, everything going on right now with COVID is a big thing. There’s certain things that have been said … like the passport or the vaccines and stuff like that. I’m not really for that.”

Who have you tended to support in the past?

“I have voted for Liberals, (but) I’m not really sure I understand why (they called an election). I don’t think it was really in the Liberals’ favour.” 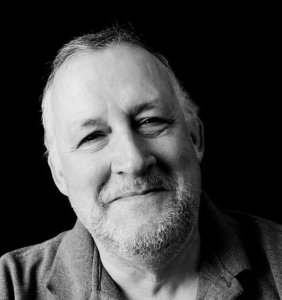 What is making you hesitant to make a decision in this election right now?

“I’m undecided between whether I’m going to vote again for the Liberals or if I’m going to vote for the NDP. The Liberals and the Conservatives don’t really seem to care about what’s going on here in the province that comes to the recent bills that are trying to be passed (Bill 21 and Bill 96 in Quebec and Bill C-32 in Ottawa). And that bothers me. The NDP, they are concerned with it. So that’s a little bit more positive for me.”

Is there something that’s also giving you a little bit of pause for definitively choosing the NDP?

“I’m under the opinion that we have a two-party system here and it’s usually the Liberals and the Conservatives. And as much as I have in the past voted NDP, I don’t believe they’re going to get in.

“You know, I would love to give the NDP a chance just to see what they could do … but only if they really had a chance.”

Is there something more that you would like to see from any of the parties to help you make up your mind?

“I wish a party could actually come out and say, ‘This is what we’re going to do in our mandate. And if we can’t do it, then you can get rid of us.’ So if we’re going to do something about climate change, then let’s see something, because you hear about it, but you don’t see it, right? This is why I’m really undecided, because it’s the same old, same old.”

Does the way that this election was called influence how indecisive you are right now?

“Yes. I think they should have put it off until we had a better control of the real issue, which is this virus. And, you know, climate change, global warming. I really don’t see what we could do about that personally, but I would like to see them take care of that first before they figure out who’s going to run the country. I think it might backfire on (the Liberals).” 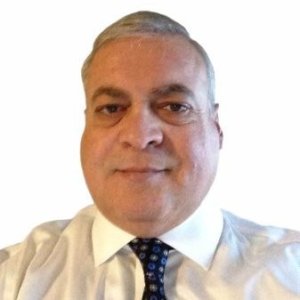 Why haven’t you made up your mind yet in this election?

Is there a party that you would at least begrudgingly vote for?

“I was very impressed with one response from one leader, and I think it was the right response. And that would be (NDP Leader Jagmeet) Singh when he mentioned that nobody would be complaining about the cost of clean drinking water if it was in Montreal or Edmonton or Toronto, but when it comes to a reserve, it’s going to cost too much money. That was the only honest answer there was to that question. And he answered it honestly. Now, will he do anything about it? I sure hope so, but I have no idea. I can’t call him a liar until he wins.”

Is that still not enough at this time to sway you toward voting for the NDP candidate in your riding?

“Well, his candidate offers me the only chance of change. And he’s a candidate that is the only one that does not resemble me.

Does the timing of this election influence your hesitancy towards voting in any way?

Why are you undecided at this point in the campaign?

“We want to know what (each party is) going to be putting on the table. So we have to compare what they offer and how it’s going to be beneficial for the country.

Is there anything that you’ve heard from any of the parties so far that has made you more or less willing to vote for them?

“No, not exactly. I know that there was a debate (last week) I just missed because I wasn’t here, so I will be closely watching the next debates. And we just have to look at what they have to say.”

“The timing of calling for the election is a really negative thing, because we are in the fourth wave (of COVID-19) and the people are struggling out here and the election at this time is going to cost a lot for the taxpayers. I’m trying to see why this election was called.” 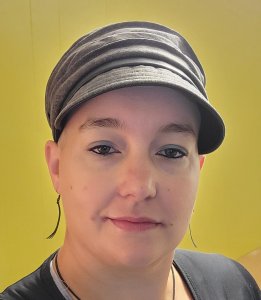 Why haven’t you made up your mind in the election yet?

“I haven’t heard very many platforms other than Conservatives bashing the Liberals. I haven’t heard much from the Green Party other than that (Paul’s) leadership is under some scrutiny, so that makes me not want to vote Green anyway. And the bashing between the Liberals and the Conservatives makes me not want to vote for either. Trudeau’s run hasn’t given me much reason to support him anyway. So there’s not a lot of positives that have come out in the campaign yet.”

The way that the election was called, is that also contributing to your feelings and giving you any pause?

“No, because every time there’s an election called there’s always some controversy over it anyway.”

What are you hoping to hear from any of the parties that would maybe sway you over into their camp?

“I also want more clarity about the COVID situation across the country and our post-COVID future.”

Are you going to be focusing on the debates at all? Is that going to potentially change your perspective on the election?

“I’d rather watch videos of my niece and nephews playing … or my daughter singing than focusing on the debates, because when they talk over each other, it just drives me bonkers. But if there’s a topic that comes up during the debate that is of interest, I may listen to it. Just listen, and not watch the interaction.”

These are some of the findings of Ipsos polling conducted between August 13 and September 6, 2021 on behalf of Global News. For this survey, a sample of n = 6,502 Canadians aged 18+ was interviewed. A sample of n = 6,002 was interviewed online, via the Ipsos I-Say panel and non-panel sources, and respondents earn a nominal incentive for their participation. A sample of n = 500 Canadians aged 18+ was interviewed by live-interview telephone interviewers by landline and cellphone, using random-digit dialing. Quotas and weighting were employed to balance demographics to ensure that the sample’s composition reflects that of the adult population according to Census data and to provide results intended to approximate the sample universe. From this sample, n = 774 respondents said they were undecided, and these respondents are the focus of this factum.

The precision of Ipsos polls which include non-probability sampling is measured using a credibility interval. In this case, the poll is accurate to within ± 4.0 percentage points, 19 times out of 20, had all undecided Canadians been polled. The credibility interval will be wider among subsets of the population. All sample surveys and polls may be subject to other sources of error, including, but not limited to coverage error, and measurement error. Ipsos abides by the disclosure standards established by the CRIC, found here: https://canadianresearchinsightscouncil.ca/standards/