WATCH: Global News chief meteorologist Anthony Farnell has a detailed look at what weather you can expect across Canada this winter.

COVID-19 means more Canadians will be spending the winter at home than ever before and trips to tropical beaches will likely be replaced with local outdoor activities like skiing, skating and snowmobiling, but all of this requires snow.

So when I talk about a moderate La Niña in the Pacific Ocean, it’s good news.

In a typical La Niña winter, much of southern Canada gets blanketed in snow thanks to an active northern jet stream and an almost constant supply of cold air feeding south from the Arctic.

Unfortunately, computer models are not in agreement with the upcoming winter so confidence in my forecast is lower than usual. 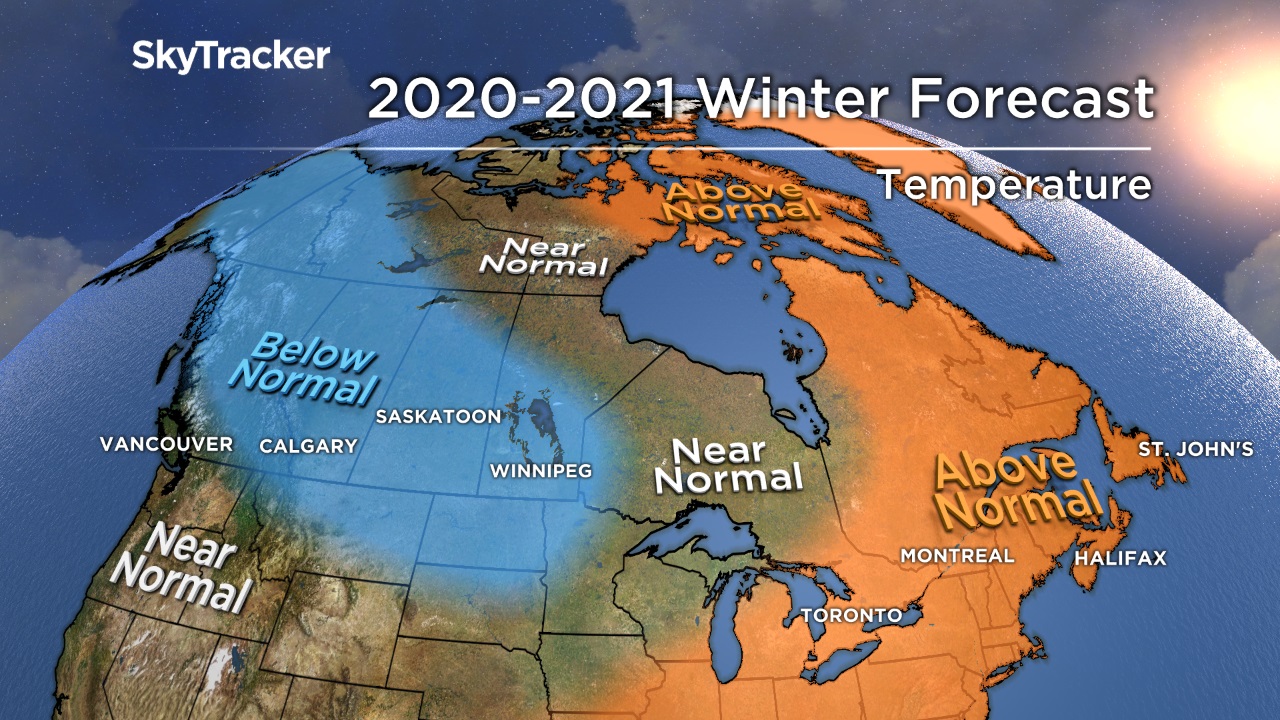 In a typical La Niña winter, storms are more likely to track inland bringing heavier snow to northern New Brunswick with milder air and a rain-snow mix for the rest of Atlantic Canada.

I am still forecasting near-normal snowfall, but much of that will occur later in the winter.

The water off the coast is well above normal which is one factor playing into the mild temperatures I am forecasting. Unfortunately, this same setup could lead to cold and snow lingering into April and even May in Newfoundland.

Unlike the last two years, winter will be late arriving in 2020.

December will remain mild until a potential pattern change late in the month. I’m still hopeful this will lead to a white Christmas, but it will come down to timing individual storms.

January and February will turn stormy with cold air from the west fighting it out with milder air from the southern United States. Above-normal snowfall is forecast this winter in the Toronto to Montreal corridor, but rain and even ice storms are also likely.

With the mild December, significant lake effect snow events will be limited until January. The mild winter overall will lead to below normal ice formation on the Great Lakes. 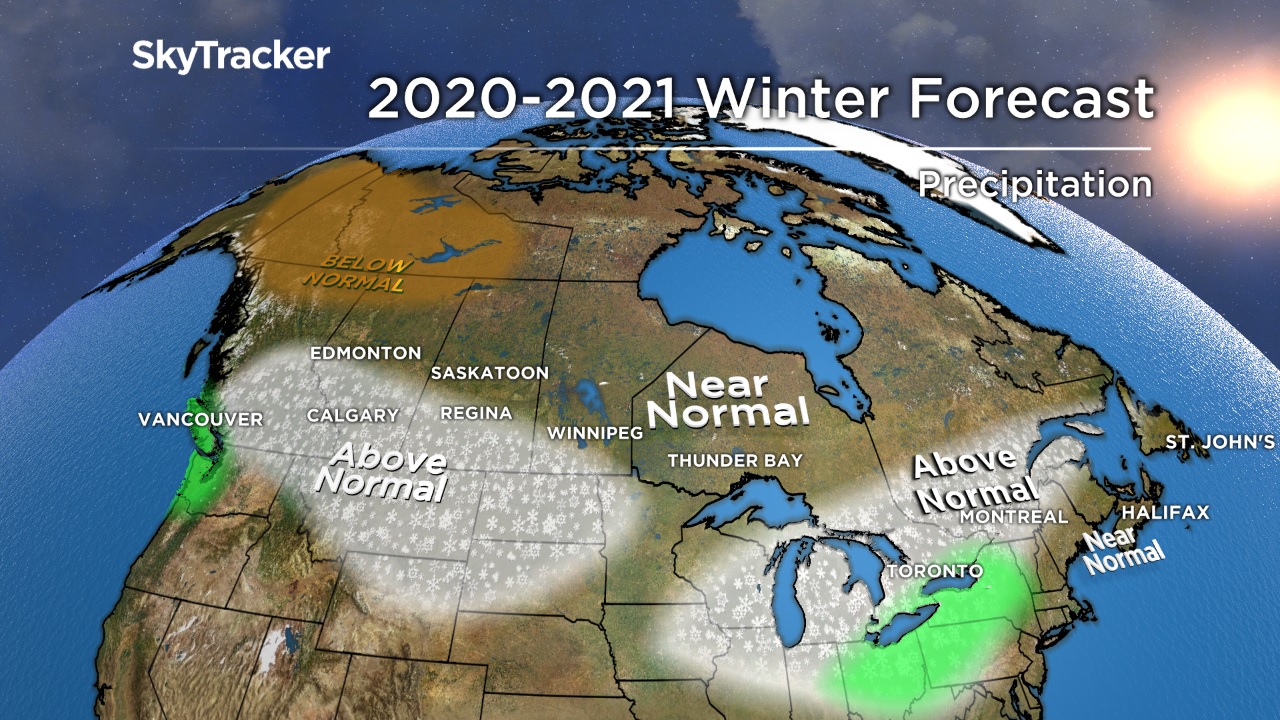 Big swings in temperature will continue with more mild than cold days for much of December. The pattern turns chilly around the holidays with the potential for a very cold stretch in January or February.

“Alberta clippers” will be common across the south bringing frequent snow events, but rarely more than five to 10 centimetres at a time in cities like Regina and Winnipeg.

Significant snow is likely to spill over from B.C., bringing great ski conditions to the mountains of Alberta.

Like every winter, chinook winds will lead to some warmer days, but I don’t expect these episodes to last long.

The moderate La Niña will focus the jet stream and active storm track across southern B.C. for much of the winter. This will lead to extra wet conditions in coastal areas like Vancouver and Victoria with well above normal snow but also lots of wind.

The parade of storms slamming into the mountains means that skiers and boarders will have no problem finding powder.

Temperatures will remain near seasonal for the lower mainland, but Arctic air will be hard to scour out across interior B.C., especially as the winter progresses.

The far north will see another milder than normal winter which has become very common in part due to climate change and reduced sea ice.

There will be a pocket of below normal temperatures further west in Yukon. A very cold January and February is likely with less snow than usual.